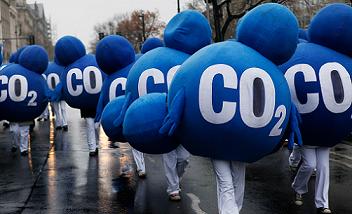 The 16th global conference on carbon dioxide, other greenhouse gases, and related measurement techniques (GGMT)  continues until October 28, under the banners of the  World Meteorological Organisation (WMO) and the International Atomic Energy Agency (IAEA) .

Host body is the National Institute of Water and Atmospheric Research (NIWA), where conference organiser Gordon Brailsford said a key aim of the meeting was to refine measurement methodologies and make them more consistent, as precise measurements of greenhouse gases needed to be made, and data sets compared, to get an accurate picture of the global situation.  In recent years, there had been much discussion, and concern, about the rates at which greenhouse gas levels in the atmosphere are rising.

A key speaker on October 26 was Dr Pieter Tans of the US-based Earth System Research laboratory, best known for his discovery of the  large “sink” uptake of CO2 by terrestrial ecosystems such as temperate forests at mid-latitudes in the northern hemisphere.

He has led the carbon cycle greenhouse gases group at the National Oceanic and Atmospheric Administration (NOAA) since 1985 and spoke on “Climate change and the end of exponential growth” (audio play back below).

Other international representatives included Oksana Tarasova, from the WMO research department in Switzerland. Her speech was on “Greenhouse gas observations and analysis in the Global Atmosphere Watch (GAW)/WMO programme”.

“We are increasing the pressure on our environment the whole time,” he said.

His concern was that the atmospheric concentrations of CO2 are rising at an increasing rate, and there is already a commitment to a very different climate for several thousand years into the future.

Countries reported on their own level of gas emissions, which he said could lead to underestimation:

“It’s not enough to leave it up to the governments to say how much gas is going into the atmosphere.

“There is an increasing role for scientists to track the sources as well as the extent to which they are being removed by natural processes,” said Prof Manning.  Methane levels were now increasing faster in the Southern Hemisphere:

“We could be approaching a threshold for methane which will have major ramifications,” said Prof Manning.

Earlier in the week, the scientists made a field trip to NIWA’s world-renowned atmospheric monitoring station at Baring Head,  an important part of the GAW/WMO network. New Zealand started making measurements of CO2 in 1972, when atmospheric CO2 concentrations were 323 parts per million.

There is now about 20 percent more in the atmosphere.  Key greenhouses gases, including methane and nitrous oxide, are measured at the station and significant changes are tracked. Baring Head Clean Air Station is exposed to strong southerly winds that have not been in contact with land for at least five days. NIWA monitors the composition of air at Baring Head because it is representative of large areas of the mid-latitude southern hemisphere.

New Zealand’s work on monitoring atmosphere gases in the southern hemisphere  have also played a role in US-based research by an international team of scientists in the HIPPO project to map over 80 gases and particles which affect the planet’s climate.

At a seminar outside the conference, Dr Tans warned that greenhouse gas emissions needed to be slashed back if the world was to avoid “catastrophic” climate change.

“We know that net CO2 emissions have to go to zero, or negative — that means we’re going to develop methods to pull CO2 out of the atmosphere,” he told a New Zealand Climate Change Research Institute seminar in Wellington. “Emissions have to be really severely curtailed to avoid catastrophic climate change”.

The leader of the Carbon Cycle Greenhouse Gases group at the Earth Systems Research Laboratory run by the National Oceanic and Atmospheric Administration (NOAA) in Boulder Colorado, Dr Tans was attending a greenhouse gas conference in Wellington, with about 90 other scientists from around the world.

Dr Tans advocated demonstrating to developing countries that they could have comfortable lifestyles for their populations without following the same high-emissions path that had been taken by the economies of developed countries, and said that would require a lot of investment in developing nations. “We need to demonstrate to developing countries that they can have a comfortable life, using less energy, and we need to put money on the table”.

Click below to listen back to the speech by Dr Tans.