A well-developed understanding of seismic hazards and how to construct earthquake-resilient buildings was crucial to avoiding loss of life in September’s 7.1 magnitude earthquake near Christchurch, say scientists who have evaluated the quake damage.

In January, more than 200,000 people were killed when a similarly-sized earthquake struck Haiti. The main difference in quake outcomes – New Zealand building practices that focused on minimising loss of life in earthquakes. 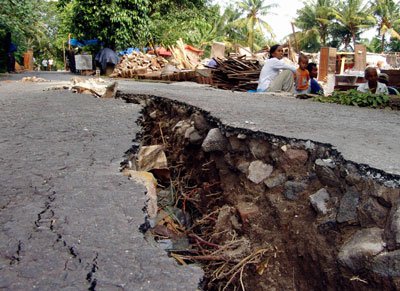 A new Royal Society of New Zealand paper The Darfield Earthquake: The Value of Long-term Research will be released tomorrow and looks at how geological and engineering research has progressed in New Zealand and how it has influenced building practices.

In this Science Media Centre online briefing for journalists, a geologist and an engineer explain how “seismic design” developed in New Zealand from as early as the magnitude 8 Wairarapa earthquake of 1855.

The briefing focuses on the following questions:

– What were the major findings from geological and seismological research that influenced building practices in New Zealand?

– What are the priorities for current and future research to make buildings more earthquake-resilient?

– What did building engineers learn from the Darfield earthquake?

Click below to listen to the briefing featuring Professor Martha Savage of Victoria University and Professor Andy Buchanan from the University of Canterbury: