UPDATED 4.45PM:The Government’s plan to include agriculture in the Emissions Trading Scheme in 2015 may not go ahead if New Zealand’s trading partners fail to introduce a carbon tax or ETS. 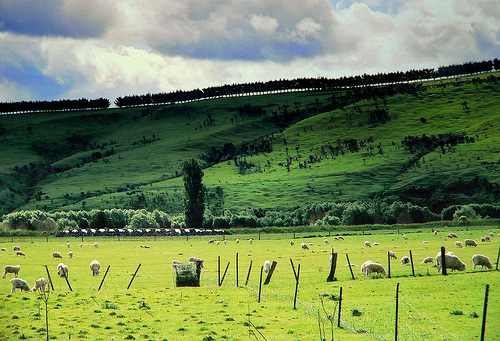 Climate Change minister Dr Nick Smith said yesterday that a review of the ETS scheduled for next year would gauge the progress of other countries in putting a price on carbon.

“Unless there is progress from other significant trading partners then a National Government would be unlikely to proceed with the inclusion of agriculture.”

It would also consider what progress had been made in coming up with scientific solutions to reducing emissions from agricultural production. New Zealand is a leading member of the Global Research Alliance, which is working on scientific research into reduction of emissions from livestock and crop production.

“I strongly support  Mason’s point [see below].  The Minister’s position involves dumping overboard the ostensible reason for having an ETS at all – namely that market signals and responses are the most effective way of identifying and bringing forward the most cost-effective ways of reducing New Zealand’s economy-wide emissions.  Trade in emissions units, in theory, is one means by which a carbon market can achieve that goal.  Exemption from having to trade in emission units  – and the equivalent, being given enough units for free  to cover a sector’s (or a firm’s) emissions – removes market adjustment mechanisms from playing their proper role in achieving, over time, an economy-wide adjustment towards a more sustainable future structure.

“With economic theory ruled out as any sort of justification for the policy shift, one really is left with no explanation other than vocal and highly public lobbying by farmers and their national organisation, Federated Farmers, for continued exemption from bearing the costs and/or playing a serious part in the nation’s response to climate change.”

Associate Professor Euan Mason, of the School of Forestry at the University of Canterbury comments:

“It is a mistake to consider emissions trading industry by industry, because we are all interconnected. Take, for example, the recent announcement by Hon. Nick Smith, Minister for the Environment, that entry of New Zealand’s agricultural sector into the emissions trading scheme (ETS) will be delayed until such time as we see similar progress from other countries on greenhouse gas mitigation.

“Hon. David Carter, Minister of Agriculture and Forestry, has assured us that the ETS is here to stay, and that investors in new forest should not concern themselves about a premature end to the scheme. It turns out that investment in new forest is overwhelmingly influenced by whether or not agriculture is in the ETS, because so long as farmers’ greenhouse gas (GHG) emissions are subsidised by tax payers, agricultural land prices will remain high.

“The price of land is a critical consideration for forest investors, and so this policy will reduce investment in new forests. It will also mean that farmers who might otherwise consider offsetting their GHG emissions with farm woodlots will be less likely to bother. A high profile politician commented to me that many people in the farming community are in denial about climate change, a denial which is no doubt manifesting itself in the ETS policy announced this week.

“This policy will influence our capacity to respond to climate change, and it may also ultimately affect foreign buyers of our agricultural products, who will rightly perceive that New Zealand’s agricultural produce comes with an extra, pollution price tag.”