Dr Andy Reisinger was involved in presenting Poles Apart co-authors Gareth Morgan and John McCrystal with the case for anthropogenic global warming. He comments on the experience. 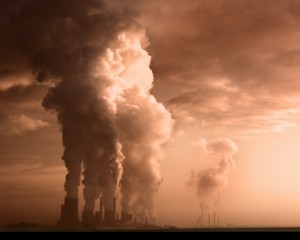 Many popular books are available that aim to make climate change relevant to and understandable by lay people. Some books are written by scientists who wish to translate current research into a more accessible form, while others are written by non-scientists who wish to add their personal perspective, sometimes with little backing in the scientific literature, to the public arena.

Gareth Morgan and John McCrystal’s book straddles these two extremes. They directly engaged scientists and commentators with very different views on the science of climate change, with the goal of forming their own conclusions on whether humans are influencing the global climate now and in future. While most climate scientists believe that this question has been answered in the affirmative with increasing confidence for quite some time, it is obviously one that has troubled Gareth and John sufficiently to expend considerable effort to reach their own conclusion.

Their efforts to engage directly with scientific literature, rather than following only second-hand arguments, are impressive and deserve recognition. Naturally, I am pleased that in the end, their conclusions about a human role in climate change and the likely future changes in climate as greenhouse gas emissions continue, are consistent with those reached by the Intergovernmental Panel on Climate Change (IPCC).

The way this book is being received in the media raises some significant questions though about how to best explore complex problems that have a scientific basis and major social, economic and environmental implications. What would we have made of the work by Gareth and John if their conclusions had differed significantly from those of the IPCC? Would we care? Should we?

In one very obvious way, we would care, simply because Gareth is held in high esteem by sections of the public, the media, and many of his professional colleagues. What Gareth says has an influence on the New Zealand public regardless of the subject matter. This is the reason why I and several of my colleagues engaged in providing advice to Gareth and John as they researched their book. Climate change is simply too important an issue to accept the risk of their book coming out with the wrong conclusions.

In another way though, I have tremendous difficulty with the project that Gareth and John embarked on, including their stated goals to settle as independent judge and jury what they perceived to be an open scientific question.

The climate is an enormously complex system. Understanding its past evolution and possible future changes under increasing greenhouse gas concentrations requires bringing together scientific expertise from a very large range of disciplines. It is impossible for any single individual to know enough in all the areas required. This is the reason why the IPCC draws on several hundreds of scientists with different areas of expertise from all parts of the world, and why its reports undergo several stages of a global and open peer-review process to ensure accuracy and balance.

If we believe that an economist and a journalist can resolve a question about climate science more conclusively than such a large panel of climate scientists themselves, then we run the serious risk of drowning in a cacophony of opinions while making decisions of international significance.

The decisions for New Zealand about how to respond to climate change will be much more complex and challenging than answering the question of whether the global climate is changing as a result of human activities. The US, Europe and China are all moving towards coordinated international climate policies. We will not be able to access an international science panel such as the IPCC to tell New Zealand what its best response strategy as an individual country would be within such an international process. We have to do this work ourselves.

And as with climate science issues, we should not judge whether the answers are good by whether they are convenient, or even whether they make intuitive sense; we should only rely on them if the process by which they were reached follows general, well-accepted principles of quality assurance. This includes the setting up of expert panels whose reports undergo an open, multiple peer-review process and that are connected with the highest quality international research. Promoting public understanding of the value of such processes, rather than focusing on convenient but poorly constructed answers, appears to be one of the most important tasks for scientists and policy advisers and should be supported by politicians whose decisions have to be based on good science. Op-ed journalism is not a useful way to analyse complex problems of national importance that require substantial scientific expertise.