Business management and the profit motive have put science in a strait-jacket, New Zealand experience shows. 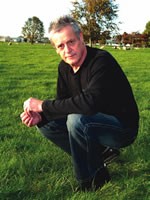 Despite its many successes, growth in science has stalled since about the 1970s. Science funding is now in a steady state, with most of the OECD countries spending about 2-3% of GDP, though for Australia it is 1.6% and New Zealand1.1%. Governments have implemented policies designed to make the limited science dollars go further and/or to supplement the government’s contribution to R&D by attracting private research dollars. The effects have been profound.

For example AgResearch Ltd, NZ’s largest Crown-owned science organisation (now a limited liability company), is required to undertake public good research, pay taxes, make a profit plus return a dividend to its owner, the government. Government funding has been cut from NZ$130 million to NZ$75 million from1992 to 2008, offset to some degree by private sector research. Needless to say, they are still shedding staff to meet their financial goals.

To cope with “steady-state” science funding, science is becoming increasingly commercialised and commoditised. To ensure that the limited funding was correctly aligned, efficiently allocated and used, many management theories and concepts have been introduced into the administration of science. The science management lexicon now includes: “funder-provider split, alignment, allocative efficiency, contestability, appropriability, efficiency, transparency, performance indicators and milestones”. This management and accounting jargon is a sham for science.

Much of this theory and practice has arisen from the management of privately owned (i.e. commercial) businesses, and was designed to improve the profitability of companies whose goods and services are largely tangible and for which there are measurable timeframes, inputs and outputs. It is very dangerous to apply this type of management to science because science by its nature is very different.

Science inputs, outputs and outcomes cannot be measured or predicted over short periods and to do it, as modern accounting requires, in 12-monthly increments is nonsense. Science timeframes are long (5-10 years minimum), and science builds over time on prior results while rejecting others. It cannot be known a priori which pieces will ultimately become useful and which will lead to “dead ends”. The financial benefit of a piece of research is impossible to define in the short term.

Yet this is the accounting and management straitjacket now imposed on modern science. Scientists are intelligent and most, sensing the charade, feel undervalued in the current system. The net result is negative as transaction costs (overheads) increase and the morale and public standing of scientists is reduced.

For example, AgResearch conducts research to develop pasture cultivars, but the same scientists are used by seed merchants to promote specific cultivars. How does the public know when they are speaking as salesmen for the company or as objective impartial scientists undertaking public good research?

Surveys in NZ in 1997 and 2002 suggested a “stunning level of dissatisfaction among scientists”; 75% of scientists would not recommend science careers to the next generation, while 20% of NZ science graduates go overseas.

Of course, there must be some form of accounting for the expenditure of public monies, but such systems should be based on the unique, inherent characteristics and requirements of science.

Another pernicious problem arises when science is commercialised, and it could indeed prove fatal. Science must be open for discussion and debate, but competition and contestability and the protection of intellectual property act counter to this essential requirement. The gabardine cloak of secrecy does not fit well on the shoulders of science. This is confounded further when the need to raise research dollars and make profits compromises the objectivity and integrity of science.

Soil scientist Dr Doug Edmeades is Managing Director of agKnowledge Ltd in Hamilton, New Zealand. conScience is a column for expression of forthright views on international issues. Views expressed are those of the author.