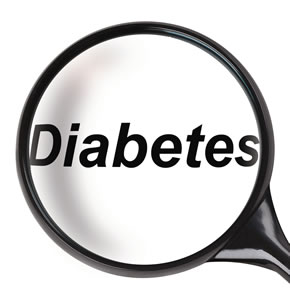 Diabetes is a serious health issue in New Zealand with those at greatest risk including obese people, those over 40, people who do little exercise and people with a family history of diabetes. Prevalence amongst Maori and Pacific populations is around three times higher than for other New Zealanders.

The prevalence of diabetes in New Zealand is steadily increasing and it is important to consider lifestyle intervention in relation to diet, lifestyle and exercise to stem this increasing tide.

Diabetes is managed by eating healthy foods, maintaining a healthy weight, taking regular exercise, and if appropriate, taking tablets and/or insulin to help control blood sugar levels. For those who are morbidly obese, sometimes bariatric (weight loss) surgery is appropriate and this can significantly improve, or in some cases can even cure, Type 2 diabetes.

We asked New Zealand experts to comment on the current diabetes epidemic in New Zealand and to suggest strategies for prevention and treatment.

Associate Professor Patrick Manning is the President of the New Zealand Society for the Study of Diabetes. He comments:

“The prevalence of diabetes worldwide is steadily increasing and it is no different in New Zealand.

“New figures from the Ministry of Health reveal that 160,000 New Zealanders have diagnosed diabetes. This is 40,000 more people than was predicted in 2001. Why has the prevalence increased so significantly? Two explanations are put forward. Firstly, it may be that more of the people with undiagnosed diabetes have simply been diagnosed as a result of better screening and detection methods. The other possibility is that there are actually more people with diabetes, that is the prevalence has truly increased. The true answer is almost certainly a combination of these explanations.  Whatever the explanation, diabetes is now at epidemic levels and will almost certainly worsen as we see the flow on effect of the dramatic increase in obesity.

“Since diabetes is so common in the New Zealand community, an argument has been put forward for screening for the condition. This involves testing for the condition in adults without features of the disease. Whilst there is no evidence that randomly screening is effective, there is a move to begin targeted screening of ‘at risk’ individuals. This would include people with a family history of diabetes, overweight individuals or those of various ethnic backgrounds. In New Zealand, this screening will be combined with that for cardiovascular risk.

“There is evidence that Type 2 diabetes can be prevented. Lifestyle intervention for people with ‘pre-diabetes’ can prevent or delay the development of diabetes in up to 50% of individuals. The changes in lifestyle required can be significant for some individuals and not all adhere to them. Prevention using certain medications may become more popular for those unable to make sustainable lifestyle changes.

“Lost among the dramatic increase in the risk of Type 2 diabetes is the lesser known fact that the prevalence of Type 1 diabetes is also increasing. It is not known why this is happening but it must have an environmental explanation – perhaps changing dietary patterns, obesity in childhood; perhaps exposure to toxins or viruses.

“There has been a steady change in the management of diabetes. Newer treatments are continually emerging both for Type 1 and Type 2 diabetes. The result is that the disease is now much better controlled. We also have a better understanding of how to prevent the complications of diabetes.

“The major problem that is currently faced is how to target adequate, let alone optimal, care to those with diabetes in a climate of limited health resources.  The level of resourcing of diabetes prevention and care was completely exhausted a long time ago by the diseases increasing prevalence.”

Dr Wendy Grylls is a Nutritionist and Registered Dietitian with a research background in diabetes. She comments:

“Healthy eating habits combined with regular exercise can help control diabetes and possibly prevent Type 2 diabetes, in those at risk of this more common form of the disease. Special diets and separate meals are not needed, as the general principles of healthy eating apply to everyone in New Zealand, not just those with diabetes.

“Healthy eating needs to be encouraged within families and in our schools and workplaces. The food industry, food retailers, caterers and the government also have roles in promoting good nutrition. Public health campaigns have resulted in “smoke free” becoming the norm rather than the exception and similar changes in attitude are needed to ensure the majority of New Zealanders eat healthily.

“Although dietary change cannot prevent Type 1 diabetes, reduced energy intake (measured as kilojoules) to achieve moderate weight loss (7% of body weight) can reduce the risk of Type 2 diabetes in those predisposed to the disease, due to excess body fat. Both exercise and diets low in saturated fat (e.g. found in butter, meat fat and hydrogenated vegetable fats) may favourably reduce insulin resistance (a breakdown in the body cells’ ability to use insulin properly), independent of energy reduction and weight loss.

“Except for lean people with Type 2 diabetes, a lower energy diet aimed at weight loss is the key to better control of blood sugar levels, blood pressure and blood lipids (cholesterol). The optimal composition (proportion of total fat, carbohydrate and protein) of the diet is the subject of continued research but there is universal agreement that intake of saturated fat, which is atherogenic, should be kept low.

“For people with Type 1 diabetes using flexible insulin therapy, the amount of rapid acting insulin used to cover meals can be adjusted to cover the amount of carbohydrate being eaten. For those on fixed insulin doses, carbohydrate needs to be kept consistent with respect to time of meals and amount eaten.

“Dietitians can provide the guidance needed to translate the scientific nutrition recommendations into practical food advice for people with diabetes.”

Nikki Talacek is a Registered Dietitian who works with one of New Zealand‘s leading weight loss surgeons Michael Booth. She provides dietary advice to obese patients undergoing bariatric (weight loss) surgery. She comments here on the effect of bariatric surgery on type 2 diabetes:

“Being significantly overweight is widely recognised as a causative factor for Type 2 diabetes, and weight loss in general has been shown to help control blood glucose levels. Up until recently, diabetes has not been considered curable, but new evidence is emerging that shows resolution or improvement of diabetes after bariatric surgery. I certainly see significant improvements in my patients. For example, one of my patients came off her insulin the day after her surgery and now, more than a year later, tests show she is no longer diabetic.

“As a dietitian working with bariatric surgery patients, I have seen many come off all insulin and other diabetes medication the day after their surgery.  This is obviously before any significant weight loss has taken place.  This outcome occurs with all of the weight loss procedures, but most significantly after gastric bypass.  Medication is frequently reduced prior to surgery due to caloric restriction and pre-operative weight loss. However, the precise reason as to why the need for medication ceases immediately after surgery still intrigues surgeons, scientists, dietitians and clinicians  Gut peptides are known to be influential and bypassing the duodenum appears to have a role in this mechanisms.

“Bariatric surgery is generally reserved for those who have a body mass index (BMI) of over 40, or those with a BMI over 35 with co-morbidities such as type 2 diabetes, metabolic syndrome, non-alcoholic steatohepatitis (a liver disease similar to alcoholic liver disease but not associated with alcohol) or obstructive sleep apnoea.

More information about Diabetes Awareness Week can be found on the Diabetes New Zealand website. www.diabetes.org.nz.

More information about diabetes can be found on the Ministry of Health website.

For people with diabetes, Diabetes and Healthy Food Choices can be downloaded from www.diabetes.org or ordered from Diabetes New Zealand.

To talk to these or any other scientists about diabetes, please contact the Science Media Centre on tel: 04 499 5476 or email: smc@sciencemediacentre.co.nz.

The Science Media Centre (SMC) is an independent source of expert comment and information for journalists covering science and technology in New Zealand. Our aim is to promote accurate, bias-free reporting on science and technology by helping the media work more closely with the scientific community. The SMC is an independent centre established by the Royal Society of New Zealand with funding from the Ministry of Research, Science and Technology. The views expressed in this Science Alert are those of the individuals and organisations indicated and do not reflect the views of the SMC or its employees. For further information about the centre, or to offer feedback, please email us at smc@sciencemediacentre.co.nz.