An outbreak of typhoid in Auckland has sent at least ten people to hospital, with officials working to confirm another case. 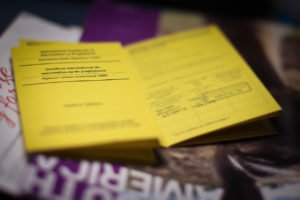 The Auckland Regional Public Health Service said all the confirmed cases appeared to be linked and it seemed the disease was spread by a common source.

Writing on SciBlogs, Dr Siouxsie Wiles said that humans are the only known host for Salmonella Typhi, which can be passed person-to-person through the faecal-oral route or through contaminated food or drinking water.

Typhoid can be a serious illness, Dr Wiles wrote: untreated, between one and three in ten can die but the majority of infected people can be successfully treated with antibiotics.

Most New Zealand typhoid cases involve someone catching the infection overseas. Vaccinations are available and are encouraged for those travelling overseas, especially in the areas it is widespread: Southeast Asia, Western Pacific, Africa and Central and South America.

The outbreak has been widely covered by local media: