Following the magnitude 7.8 Kaikoura earthquake, much has been said about the confusion around tsunami warnings and what a solution might look like, writes Curtin University’s Dr Jane Cunneen. 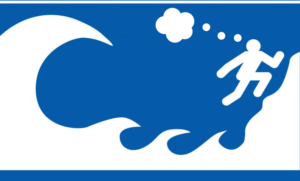 The prime minister says that a cellphone-based tsunami alert system will be announced shortly. At a reported cost of $20 million, this is likely just referring to an added communication method such as Cell Broadcast (CB) technology to complement the existing tsunami warning system.

Cell Broadcast technology is used for disaster warnings in many countries including Japan, the US, Maldives, Sri Lanka and the Netherlands. It broadcasts to all handsets within a specific location, so avoids some of the problems with SMS such as network overload and delays in delivering the message. However, it is still dependent on a working mobile network, which means it is not useful in areas with no mobile phone coverage or in those where mobile network towers are damaged by the earthquake. Recent events demonstrated that this is not an effective solution for many parts of New Zealand’s east coast.