The Prime Minister this morning pre-announced the science and innovation funding commitments that will be included in the Budget on May 20. 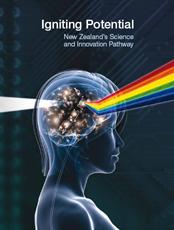 The Government also released its strategy on science and innovation.

The allocations totaling $321 million for new initiatives and including $96m of reprioritised money over four years are as follow:

* $189.5m for technology development grants to support R&D in businesses that already do significant amounts of R&D.

* $20m to trial technology transfer vouchers, which will encourage links between companies and publicly-funded research organisations.

* $11m to support technology transfer from research organisations to businesses and commercialisation of new products and processes.

* $13.7m in contingency funding for initiatives to improve the transfer of technology from research organisations to the private sector.

* $25m over four years for the Rutherford Discovery Fellowships which will support early to mid-career researchers.

The Prime Minister revealed the funding allocations in a speech at the Wellington Chamber of Commerce at Te Papa Museum this morning.

Click below to play a recording of his speech: