Researchers studying obesity in Samoa have found a unique genetic variant that boosts fat storage and increases obesity risk in the islands’ population. 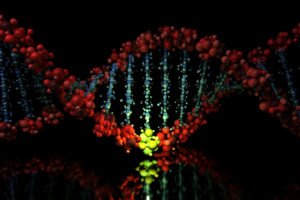 The US-based researchers published their results in Nature Genetics today. They pinpointed a single genetic variant on chromosome 5 that, according to their estimates, is associated with about 35 per cent higher odds of being obese compared to not having the gene variant.

Brown University’s Professor of Public Health Stephen McGarvey said that while the gene variant — which is very rare globally — helped explain the high rate of obesity among Samoan populations, it was “just one part of the many reasons for the high levels of BMI and obesity among Samoans”.

While the increased risk from the gene is the highest found so far, overall it explains a mere 2 per cent of the variation in body mass index (BMI) among Samoans. And, unusually, people with the gene variant were less likely to have developed type 2 diabetes – suggesting it may provide some protection against the disease.

McGarvey cautioned against interpreting the discovery to mean that obesity is inevitable for Samoans. “Don’t take this as, ‘you are Samoan, you are fated to be obese’,” McGarvey said. “We don’t think that’s true. We don’t have any evidence that that’s the case. A healthy diet and physical activity are still key to maintaining a healthy weight.”

The SMC collected the following expert commentary. Feel free to use these quotes in your reporting. Registered journalists can access the research and associated material on scimex.org.

“This is a fascinating discovery but it is important to emphasize that it is not going to help the public health problem resulting from diabetes and obesity anytime soon.

“Public health measures aimed at reducing intake of inappropriate foods are still the only hope in the immediate future.”

“While the identification of a new genetic variant associated with obesity in Samoan people is of considerable interest, the impact of these findings needs to be contextualised.

“This gene explains about 1-2% of the variance in BMI in the sample populations. Since 1980 the prevalence of obesity in Samoan adults has increased by approximately 18%. Today 46% of Samoan men and 69% of Samoan women are classified as obese. This corresponds with a 47% increase in the availability of food energy over the same time-frame. There has been a major increase in dietary intakes of energy-dense imported foods particularly vegetable oils, meats and sugar-sweetened beverages.

“Although genetic studies give us clues as to those who may be more or less at risk of obesity, this becomes rather irrelevant when more than half of the population is obese. The primary target we need to focus on for obesity prevention and reduction is obvious: we need to tackle the obesogenic environment to reduce the availability of highly palatable, cheap, energy-dense, nutrient-poor processed foods.”

“The Brown University-led study is significant in that it is the first systematic search for obesity genes in a Polynesian population. The gene that was found (CREBRF) is responsible for fat deposition, a gene that hasn’t been reported as responsible for weight control in any other population so far.

“It was notable that the variant of the gene correlated with increased weight is very rare globally, but clearly important in the Samoan population. Thus we can regard it as a population-specific variant.

“One word of caution here is that this gene is responsible for only approximately 2% of weight control in the Samoan population, meaning that further genetic studies need to be done to determine the other genetic factors and gain further knowledge on the causes of obesity. Such studies also need to be done in other Polynesian populations, particularly Māori.”

“We have known for a long time that there is a strong genetic component associated with a person’s risk of putting on extra weight.  However, very little is still known about the genes responsible for this so the current study is a major step forward and one that is particularly important for the South Pacific region.

“The study has found that a change at a single point in one gene can greatly increase a person’s tendency to store fat.  What this probably means is that when people with this form of the gene eat food, they will deposit more of it as fat tissue than people who don’t have this version of the gene. Further research will be required to confirm this and we also need to understand how common this gene is in other Polynesian communities in New Zealand.

“The finding that Samoan people have a higher incidence of this gene variant than Europeans shows that different groups in our society are facing different challenges in their efforts to reduce the impact of the modern environment. This knowledge is important as it means we now need to think of strategies that take these differences into account, and to develop targeted strategies rather than trying to use a ‘one size fits all’ strategy to tackle the epidemic of obesity and diabetes that is facing our society.”

“Studies of this type are highly technical, and require very careful reporting. The information in this study, and those like it, can be very valuable. Discovery of genetic influence on the occurrence of health problems can help explain why a problem arises. This knowledge is valuable in itself, but it can also have valuable implications for how best to improve the lives of people affected by ill-health.

“However, care is needed not to overstate the role that a gene variant may play in bringing about ill-health, particularly on the basis of evidence in one paper. This paper provides some evidence for a gene variant playing a strong influencing role in occurrence of obesity in one population, but more research is needed to evaluate and confirm this, to provide a thorough account of the metabolic effects of this variant, and, importantly, to determine what influence environmental factors may have on its expression. The authors note this, but all too often these qualifications are relegated to the concluding sentences of media coverage.

“In the present case, the simple elements of the story are genes, obesity and Samoans. Obesity is a phenotype that is generally socially disfavoured, and this research risks creating or strengthening in the minds of others an association between Samoan people and obesity, and therefore promoting or supporting social disfavour and harmful discrimination. The role of environmental factors not only on the claimed function of this gene variant, but also on the occurrence of obesity should always be explained in research of this type. These environmental factors can be cultural, social, economic, and political. They are extremely important, and often influenced by the views and actions of the population in question, and others.

“It would make a refreshing change if more of this type of research focused on genetic factors influencing phenotypes associated with good health, particularly in populations that are subject to genetic or environmental factors that promote ill-health and are at risk of stigmatisation. It is worth noting that one of the gene variants identified in this study showed some evidence of conferring a protective effect against obesity-related comorbidities. This more positive aspect of the research is equally worthy of reportage, but it would be surprising if this occurred; the authors themselves only discuss in middle of their paper, and do not mention it again.”

“This is a very important study with a novel gene variant in CREBRF discovered to be linked with BMI in people of Samoan ancestry.

“Interestingly, it was not associated with greater insulin resistance or adverse lipid profile, and the risk of diabetes was actually lower among carriers of this gene variant.

“It is important to do further studies to clarify the mechanism by which this novel gene contributes to overall energy balance and at the same time protects against obesity-associated metabolic disease such as type 2 diabetes, perhaps by preferentially promoting safe storage of fat away from key organs such as the pancreas and the liver.

“We also need further research to see whether this gene variant is prevalent in Māori, to discover how to use knowledge of this genetic obesity risk variant to benefit people of Samoan ancestry at both the individual and population health level, and to determine how this discovery might contribute to the understanding and treatment of obesity and type 2 diabetes in general.”

“Obesity continues to be disproportionately prevalent among Pacific children and adults when compared with other population groups in New Zealand, and is a major risk factor for developing noncommunicable diseases (NCDs) such as type 2 diabetes. These are priority health issues facing Pacific people living in New Zealand, and in the Pacific region.

“Moreover, there is a growing interest among Pacific communities to understand why some people are predisposed to obesity and/or NCDs and others are not even though they live in the same environment and follow similar lifestyles.

“The recent scientific discovery of the gene in an ethnic-specific Pacific Polynesian population and its correlation with increased weight is undoubtedly an important finding that has implications for research with Pacific communities to inform prevention and treatment intervention strategies, policy, and health services.

“Further studies to better understand the genetic variants and causes of obesity among ethnic-specific Pacific populations, and community engagement to raise awareness, advocacy and knowledge-transfer to other population groups in New Zealand and in the Pacific region at risk of obesity and/or NCDs, will be required.

“Meanwhile, this scientific discovery and its implications will need to be clearly explained to Pacific communities and stakeholders as a priority, and the New Zealand public as a whole.”